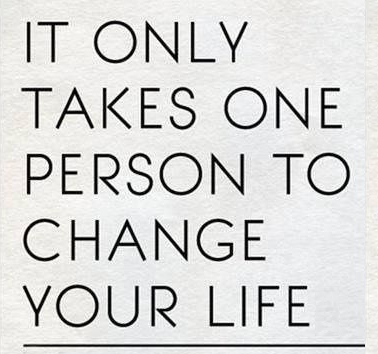 I can not emphasize how relevant this statement is to my life!

Back in December 2013 - some 7 months ago now, I was perusing an online IBD forum when I stumbled upon a post from a wonderful guy named Michael. Michael, as I have mentioned before had posted to an IBD forum telling everyone about how he had started a blog about his journey with Ulcerative Colitis. He was using the blog as a way to document his journey after having his first surgery and adjusting to life with an ostomy. If you fancy reading Michael's blog then scroll back up later and CLICK HERE. When I first clicked onto his blog link never would I have imagined the impact it would have had on my own life and my own journey with the same illness Ulcerative Colitis. As I read his blog posts I could relate to everything he was saying, though our paths with IBD were very different. I would sit in the background eagerly waiting for his next post - which is how my blogging experience began. I was inspired by Michael to create my own blog without giving it much thought as to how things would pan out. As I write this now, know that I am some months into a frustrating battle with Anxiety which has kept me at home far longer than I would ever have liked. So I began my blog as a way to pass the time and give my brain something to focus on.

Now 7 months on, where am I and how have things changed?

Crikey I'm not making these questions easy for myself am I haha! 7 months on I find myself catapulted into the limelight; my once quiet blog is now a key part within the IBD community in our attempt to raise awareness of Inflammatory Bowel Disease. Today I find myself a blogger, a fundraiser and a campaigner, all of which took me rather by surprise. I have made SOOO many wonderful friends that I am so thankful for. These are people who just 'get it' they understand every emotion I feel in the ongoing battle with my illness. No questions or queries are off limits. They are the shining light on my darkest of days. They are my support and they are my online world! Okay, getting too sloppy...back to the point of this post. 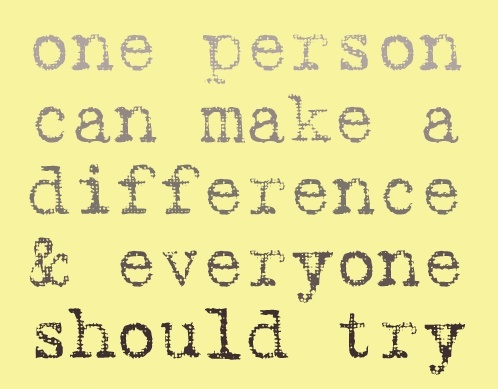 One person can make a difference....and everyone should try!!
When I began my journey to becoming an IBD advocate I had nooooo idea the impact my actions would have on a whole community of extraordinary people. The #GetYourBellyOut awareness campaign is somewhere around 3 months old now and has changed my whole outlook on my illness. When I began blogging I had hit an emotional brick wall, up until then I had done really well dealing with my diagnosis of Ulcerative Colitis. However I was at a really low point where all I could do was cry my eyes out and think things such as 'why me' 'I want my life back' 'I am so trodden down with my illness, give me a break!!' - To be completely honest...I'm not sure what would have become of me had I not had the support I received from the whole IBD community.

I used to be shy and a little timid when it came to discussing my illness - not anymore!!
The #GetYourBellyOut awareness campaign changed my life. As each person uploaded a photo of their belly to all the different social media sites I became empowered, I became brave, I was inspired and today I stand stronger than ever.
Once upon a time I carried around a 'secret' that only those closest to me knew, this has now been replaced by a feeling of freedom, as through the campaign I found the strength I needed. Due to the campaign I let the whole world into my world of living with Inflammatory Bowel Disease. Tricky though it may be at times to discuss, I will not look back!!
I am now open, I am honest and I will discuss Crohn's Disease or Ulcerative Colitis until the cows come home!

Michael changed my world, blogging changed my world and everyone who has thus far joined the #GetYourBellyOut awareness campaign have changed my world!!
We have a really long way to go before we reach our goal of making Crohn's Disease and Ulcerative Colitis household names but I sense we are well on our way!
Therefore I will leave you with my final thought.....