Blog diggidy blog blog :) Hello my lovely blog readers!! *waves*  Thank you for sticking around and continuing to support me even though of late I have been super busy running awareness campaigns, fundraising and trying to change/takeover the world. It's no secret that I have been really busy, I've also really enjoyed talking with many of you and having the opportunity to engage with a small handful of my blog readers. I've seen a lot of issues raised which for me mean there are plenty of topics I would like to blog about but it's just a matter of finding the time to put my thoughts down on paper. Where does the time go? Like seriously? It's been over a week since my last post boooo! Anyhow...

A few weeks ago I told you all about

I explained that in celebration of World IBD Day (19th of May) I would be raising both funds and awareness for Crohn's Disease & Ulcerative Colitis by chopping 8 inches of hair off!! If you missed that blog post then simply CLICK HERE to read up on what my challenge was. To recap I was asking for donations which would go to 'Crohn's and Colitis UK' which is the national charity here in the UK for those tackling Inflammatory Bowel Disease. In addition I would be helping out a second charity called the 'Little Princess Trust' who make wigs out of human hair for those who have lost their own hair due to Cancer treatments.

So how did I get on? I hear you all ask. 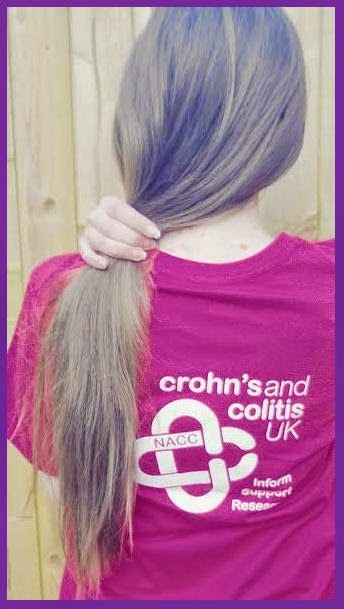 Considering I had not had my hair cut for the last 15 months or so I was filled with a mixture of emotions. I was excited and nervous...excited/nervous/excited/nervous which in the end drove me a little mad haha I was hopping between both emotions. Excited that I was letting the whole world in on my illness and raising awareness for the 5 million tackling IBD but extremely nervous that I would end up with an awful hair cut! I'll be honest, I have lucked out on the last 26 years and ended up with an awful hair do every time I get my hair cut so I wasn't holding out much hope this time around.

The evening before the big day I was glad to be having a 'trim' as my hair was becoming way too long to manage but I was also in a bit of a sulk as I knew what a big change was ahead of me. I pulled my socks up and settled my nerves with a nice cup of decaff tea mm mm!

So THE BIG DAY waaaaaaa!!

I'm not going to lie the hairdresser was a little in shock when I greeted her at the door with my tape-measure in hand haha It was a great feeling to know that I had a little control over this haircut at least. I wanted 8 inches cutting off or it simply wouldn't count - my donators were all counting on me! As I rambled through the rules of the hair chop the whole time waving the tape-measure around, the lovely Amy (the hairdresser) began to get a sense of how important this cut was going to be. We have all been there - we walk into the hairdressers and ask for 'a trim' and they chop way more off than we want right?! So I felt empowered to say 'LOOK WOMAN THIS IS 8 INCHES - no more' (pah, keep this in mind)

We sat down - in the comfort of my own home (housebound thanks to my Anxiety cause by my IBD - great) and she plated my hair with a bobble at each end. By this point I had waved the tape-measure around so much that Amy was almost a quivering wreck herself. We measured, checked and double checked that we had the right length. Okay so we also checked once more :D

The big moment had arrived at last, there was no going back now!!! With my mother on camera duty to capture all of the action, the chop got underway. Believe me I had already considered changing my mind but with a little encouragement I managed to stay seated and not run for the door. Waaaa! (yes I did actually let out a real squeal) The chop itself felt like it took forever, chop, chop, chop, chop and eventually it was handed to me. Yep - there is was...the most important and expensive haircut of my existence!!

For the next 5 - 10 minutes I sat there very quiet in bewilderment while Amy finished cutting and styling my hair. What had I just done?! "Well you can't stick it back on now!" Jeez thanks mam, really supportive! Haha. Amy was wonderful she kept reassuring me that I was doing something great for others who were not as fortunate as myself. We measured the hair to ensure we had cut the right amount...turns out instead of chopping 8 inches we chopped 9.5 (see what I mean about hairdressers always chopping more? even with me wafting the tape-measure around, her hairdressers instincts took over) but I guess that means more hair for those who need it more than I do.

Once Amy had chopped and changed my hairstyle forever it was time for the grand reveal. Would I like it? Would I hate it? Would I live in a cave for the rest of the year until it grows back?! Hmm well I can't say I LOVE it but I can most definitely live with it. I can't express to you how much of a HUGE change it has been for me. Never ever have I had my hair this short. All my friends have ever known is me with super long hair. So we are most definitely tackling new grounds here. What got me through was the renewed self-worth/self-loving that I have come to find from the whole Get Your Belly Out awareness campaign. What I love most about this awareness campaign for IBD is how everyone inspires each other, to simply deal with what you've got and own it - make it your own. So that is precisely what I am going to do, I shall 'work it' and I am going to own this new haircut!!

I would like to take this opportunity to say a HUGE 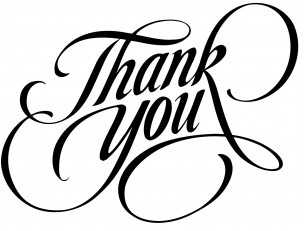 if you were one of the marvelous people who donated towards my fundraiser. I can't begin to tell you how much your support means to me! Hopefully every penny we have raised will help in the daily fight which comes hand in hand with having Crohn's Disease or Ulcerative Colitis. I know times are tough and many are in financial hardship due to medication costs/ limitations of holding down a full time job. Therefore every penny that got donated means more to me than you will ever know!! THE GRAND CHOP raised just short of £400 which is wonderful - THANK YOU!!

The hair has already been packaged and sent on its way to change the life of a young person living with the devastating effects Cancer treatment has on the body. Hopefully my hair donation will help to raise a smile once more. The Little Princess Trust seem like such a wonderful organisation who really help those who need a special boost so I take my hat off to them!! If I have inspired you to support this charity then CLICK HERE to find out more about the Little Princess Trust... DON'T CLICK THE LINK YET - I have my haircut video to show you :P

What have I learnt from my first ever BIG fundraiser?! Errrmmm ... I have learnt that people who I considered 'friends' don't care for me as much as I would have hoped they did (so a huge cull of fake friends was made) Which turned out to be enlightening and put a smile on my face "take the trash out honey". I learnt that telling the whole world not only super close friends about having IBD is a freeing experience, I no longer have this 'secret' and I no longer have to hide or make stupid excuses as to why I can't attend events/parties/outings etc - I can finally be honest with people and say 'I simply feel crappy today so I'm going to have to miss this one' Instead of making up stupid excuses like 'I can't come because my goldfish died' (Okay so in reality I've never actually used that excuse but I have had to rely on some pretty stupid ones). I have also learnt that strangers are wonderfully kind and supportive! I learnt that fundraising is FUN (yes despite it all I did manage to enjoy myself) but also HARD work. I have not stopped! Which has been a lovely distraction from my Ulcerative Colitis but I am now well and truly warn out!!

If you think I did a good job and have not yet donated - you still have time to do so!! If in the UK you can donate by texting IBDH99 £3 (or another amount) to 70070 Your donation amount will be added to your mobile phone bill. Alternatively you can visit my donation page to donate from anywhere in the world, which will remain open for I think 3 months and I would LOVE to raise a little more in that time.

I shall now leave you with a look at THE GRAND CHOP video of my haircut adventure. Right then...time for the grand reveal!! *drum roll please*
Be sure to let me know what you think of my new locks?! Enjoy Xx