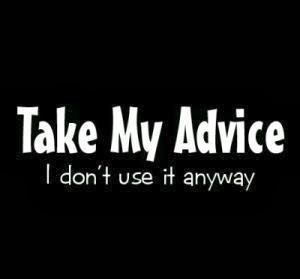 If you are following my blog then here is part two of my post on 'new beginnings' giving advice to those newly diagnosed with Crohn's, Ulcerative Colitis and IBD. If you haven't read the first installment then scroll down to my next post and get yourselves up to speed or this post may not make much sense.

So in my first post I asked a few of those diagnosed with or who have family members suffering with these illnesses this following question:

*What do you wish you were told when first diagnosed?*

As always you were so supportive with your feedback and comments. Here are the wonderful thoughts and feelings of those who have already been through/tackled the very tricky first tentative steps with getting to know/ understanding a new illness. Let's get started:

* Stephen's diagnosis with Crohn's Disease came about in the form of a world-wind! Unconventionally he ended up having surgery to try and relieve his symptoms back in 1997, first thought to be due to his appendix. When asked the above question he replied:

"I wish I had been told the answer to the following four questions:
What happened during surgery? What precisely is Crohn's Disease? What do I need to know about living with Crohn's Disease? Are their any support groups/systems that I should know about?"

"I was released from hospital with almost no information, no planned follow-up, no access to additional support and absolutely no clue about how/what I should or should not be doing as someone who has Crohn's Disease, not a great position for anyone to be in. The medical protocols surrounding IBD have definitely improved since my operation and diagnosis in 1997". - Stephen Dempster

I think Stephen had a great point, there should be some kind of 'information pack' handed to those newly diagnosed to give tips, tricks and suggestions on what may help ease symptoms.

* Michael has had surgery following his diagnosis with Ulcerative Colitis. He makes a great point here about wishing he knew all the facts:

"I wish I was told there was a real chance of me having surgery. They told my father and I, to our faces that it's so rare and I won't need it... that medication would easily fix it. Obviously it didn't. What I wish about IBD doctors is that they'd be more upfront about things and not be afraif to tell the good the bad AND the ugly" - Michael Wyatt

* Like Michael, John talks about wanting to know the whole story not only part of the picture. Diagnosed back in 1976 with Crohn's he has since developed many secondary complications as a result. I've chosen not to include them here as the list is extensive and I don't want to worry/frighten anyone  newly diagnosed so let's just say there are a few.

"New sufferers need to get provided with better and more substancial information regarding Crohn's or Ulcerative Colitis. I do understand that the physicians are so reluctant to divulge all the potential secondary problems, I think they are correct in doing so. I wouldn't want to have to take on board having the illness and then be given more possible conditions to worry about. I think it needs a secondary adviser to help with the potential complexitis, working alongside consultants, would be the ideal way of handling the issue." - John Ingamells

* Similar to the above statement here is Kelsie with her thoughts on not wanting to know everything and how life with Crohn's and Ulcerative Colitis goes on regardless, rainbows and all ...

"The things I find I would have wanted to know when I was first diagnosed are also the things I'm glad I didn't know back then. If someone had told me, I would have been so sad at what my life would be like from that moment onwards. Learning them along the way has also made me appreciate all that I've learnt and now they don't seem as depressing because it's my life.
Learning about the symptoms such as fatigue, pain and all the interesting places doctors like to stick things. How society doesn't understand being 'sick' and that when we see 'sick' we assume there will be a time when we are not sick. Lastly how utterly awkward people are around sick people.
I wouldn't change anything. I would tell those newly diagnosed: it most certainly will not feel like it and you will struggle but you are about to learn the beauty in life if you just keep looking for the rainbow." - Kelsie Linfoot

* Tracy is advising us on behalf of her young daughter who has Crohn's. She says:

"I wish we were told it will take a while to find the right treatment and not to be discouraged that it might take a year or two to find what works for my daughter. I also wish I was given information on where to go for mental support in my area with like minded kids/parents with Crohn's" - Tracy Jackson

I completely agree with Tracy, there is no quick fix especially to those newly diagnosed. There is a long long road ahead one which is made a little easier by the wonderful and essential support we get from friends and family.

* This is echoed in the advice Christina has for the newbies:

"I think I would have liked to have been told that it can be a long journey for some patients to achieve remission and that it may take trying more than one medication. Every time my Crohn's fails to respond to a drug, it's pretty devastating. Maybe some proper management of my expectations on my GI's part would have better prepared me for the long journey I've found myself on" - Christina Matthies

I believe support and the management of expectations would benefit many as at times we can get a little ahead of ourselves. It's a long road with no quick fix.

* To round up everyone's great advice here are Kelly's positive thoughts on accepting life with Crohn's and Ulcerative Colitis and not letting it define you:

"Learning how your body attacks itself is hard, no one will understand it, including you. Instead of sulking and seeking other ways to ignore the pain, accept it. Life becomes so much easier when you accept it. You wont be as bitter and your focus in life becomes crystal clear. If there is one thing I wishes all of the Google searches I'd done then would have told me, it would be 'expect the unexpected'" - Kelly Crabb

*Sorry if I have got anyone's stories wrong, I'm super tired and have pajama brain! (let me know so I can edit it). I also had to cut down your answers as I wanted to include you all. :D Said with the kindest of heart. x

I hope this post will help any of those newly diagnosed with Crohn's, Ulcerative Colitis or IBD in knowing what to expect, what lays ahead. I hope it will relinquish some of the worries and fears you may have. The biggest thing I would like you to know that there is a huge support system for you out there and that you do not have to face this alone! What I have learnt from this post is that my fellow IBD'ers talk too much haha I'm teasing! Forever to hand with awesome support and advice!

If anyone wants to email me for a chat/support you can at greek92goddess@gmail.com (all other email addresses were taken ha!)
I'm here for you all as I know you all have been for me x