Something I've been attempting to get my head around of late is this whole idea of 'online vs offline support'. It goes without saying that there are both positives and drawbacks to each of these forms of support but I think overall things work best with a mixture of the two. Which is where I'm currently at, getting a good balance between the support that's offered online vs the support of those I can poke in the eye with a stick eehee I jest!

I think this applies to many who find themselves having to face extra challenges in life, whether that be down to circumstances or an illness for a vague example. We're somewhat drawn to this BIZARRE online world. Lets face it, when did sharing such trivial updates such as what we're having for lunch become 'the new norm'. Don't get me wrong I can completely see how we get sucked into this twirley, whirley, sparkley doo dah kind of world for it brings a sense of escapism. For that hour or two (okay or more) that we pop online we're using it as an escape from the confines of our reality.

At times there is nothing greater than that fuzzy feeling you get from a catch up with family, friends or loved ones over a nice cuppa. Spending hours putting the world to rights amongst those who know us best usually results in having that extra spring in our step which propels us on and helps to get us through the remainder of the week. Alternatively there are times when we want to yell, rant, scream and poke said people in the eye with a stick because they struggle to understand the exact nature of the challenges we face so with that in mind we pack up our imaginary sticks and head for our social media outlets instead.

It's comforting to seek advice, friendship and support from others who are in a similar situation as oneself. It's also reassuring and refreshing to hear other peoples perspectives on life as a whole as well as hearing from others who we can share 'inside jokes' with. Sometimes not having to explain ourselves in great detail is a break from the monotony of continuously explaining why we're acting and feeling in peculiar ways.

Personally I find the online world completely bizarre, people have the freedom to be whomever they wish to be or more commonly are able to put their 'best foot' (image) forward. It's far too easy for people to put forward a false sense of who they are just as it is far too easy for us to get sucked into believing that others live a better/ more fulfilling lifestyle than our own. This too can be seen for example amongst those who are tackling illness as 'competition'; we can look to others and think 'they're coping with this so much better than I'. We tend to overlook the little things like how many photographs were taken before that particular pristine photograph was achieved, are there filters and alterations at work unbeknownst to us, or we fail to see all of the pajama days that take place in-between one photograph and the next... all we see is the image people want us to see 'the finished product'. So with that in mind the support offered online CAN make us feel worse in the long run.

How much is too much? I've heard it said a few times now about how we can become a little lost somewhere between being supportive and letting other peoples trials and tribulations overwhelm us.
I worry that we're becoming too reliant on such things as support groups/forums. Time and time again I stumble across those who are looking for advice in the wrong place. There is an important need for support groups to ask for advice, share information and gain support...it's another thing entirely when we begin to dish out medical advice for example. Two issues, poles apart ...which tend to blur in the middle somewhere. As the bright advocate Sara Ringer  once tweeted 'I can answer 90% of questions asked in #IBD fb [Facebook] groups/pages with one phrase "Call your doctor!"'. Couldn't have said it better myself.

There too is this funky craze within support groups where people squabble, fall out, bicker and have a difference of opinions which then lead to personal jibes, digs and hurtful insults. I fail to see how adults lack the ability to have a difference of opinion or approach difficult subject matter without wanting to claw each others eyeballs out. Surly somewhere there is a line, one of which that gets missed time and time again. These quarrels do no good for anyone's health, which should be a priority. If social media is having a negative effect upon your health or state of mind...it's probably best that you turn it off all together.

It's not all doom and gloom... for there too we find inspiration, drive, confidence and courage online. We can become inspired by someones journey, thought process or resilience. Online we share a wealth of creativity, information, quotes and campaigns all intent on making life a little brighter for us all. A problem shared is a problem halved and it's always nice to know that no matter what hour of the day or night there are always people online who are willing to listen...but what about those folk offline? Those who we're too busy to call, text or see all because of the all consuming presence we have online. 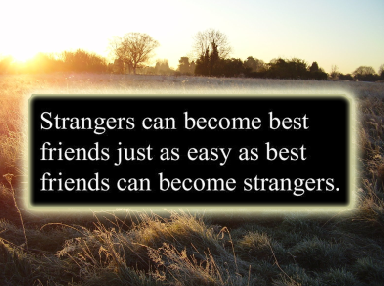 I think the key is to find a balance, one of which I am trying hard to find. I am passionate about raising awareness of Inflammatory Bowel Disease both online and offline, I am keen to campaign and fundraise...I too am keen to ensure that I take the time to build a life for myself, support my friends, as well as taking care of the virtual five thousand.
Posted by Unknown